Today was a rest day – aside from a brief rehearsal after lunch we didn’t have any place to be or anything to do until a late afternoon soundcheck. Some of the group members enjoyed the beautiful onsen at the hotel. Others slept for a great deal of the day after a late night the previous evening (replete with earthquakes)

Tonight’s performance was at the Sheraton Ocean Grande Resort (where we were staying) and was part of a Japanese “Christmas lighting ceremony” where a big display of decorative Christmas lights are illuminated for the first time at the start of the festive season, usually in mid to late November. One of our supporters in Miyazaki, Mrs Miharu, who organised the previous night’s event and performance, also organised for a young choir from her kindergarten to perform alongside Isabella a cappella at the Christmas lighting event. The young choir presented a couple of songs and also sang “Hana Wa Saku” with Isabella a cappella as a finale. 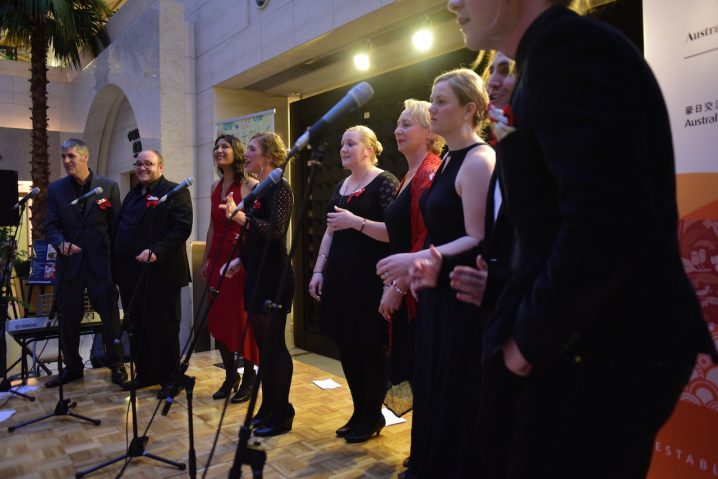 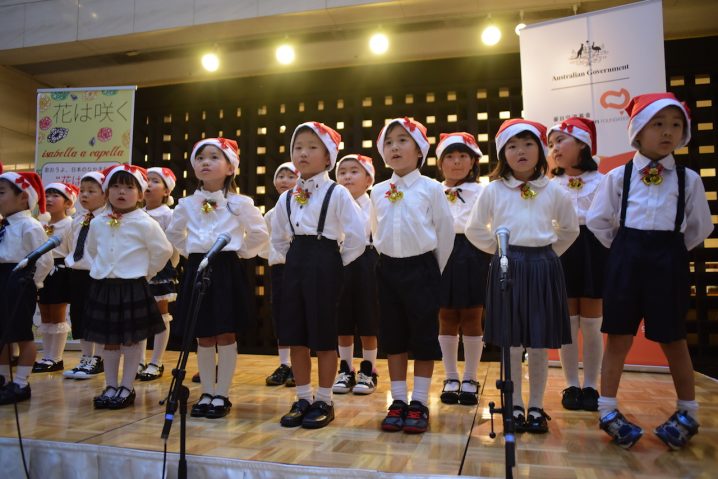 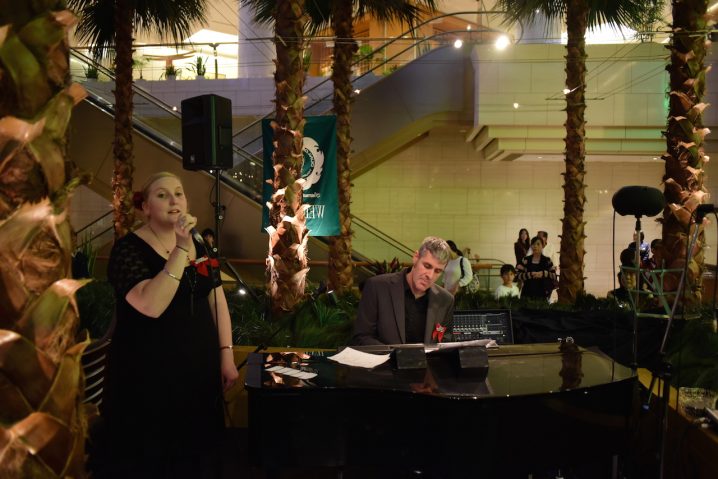 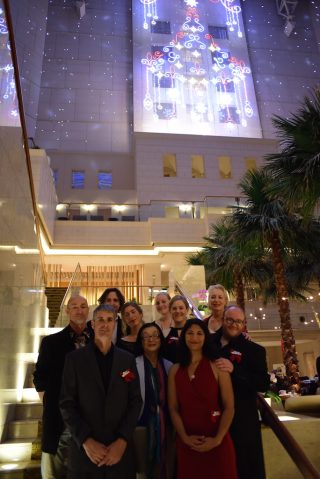