Today was one of the biggest days of the tour, with an early start, lots of train travel and 6 performances!

We started bright and early from Takarazuka. After an hour or so of local rail we were met by long term Isabella a cappella supporter Mr Nishimura who whisked us directly from the station to a kindergarten nearby that is owned and operated by his family where we performed twice for two different groups of appreciative and enthusiastic children. 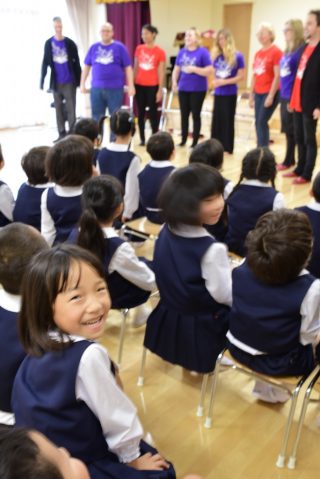 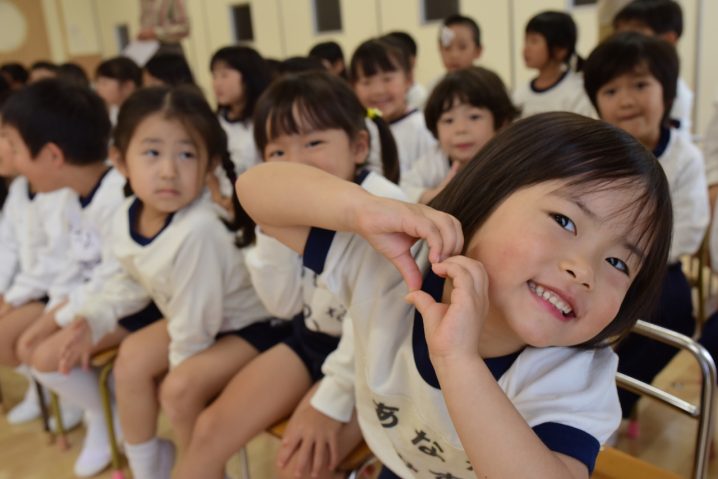 Following our performances for the kindi kids, Mr Nishimura then took us to the Katano City Rotary club meeting where we were given lunch and then performed for the Rotarians. 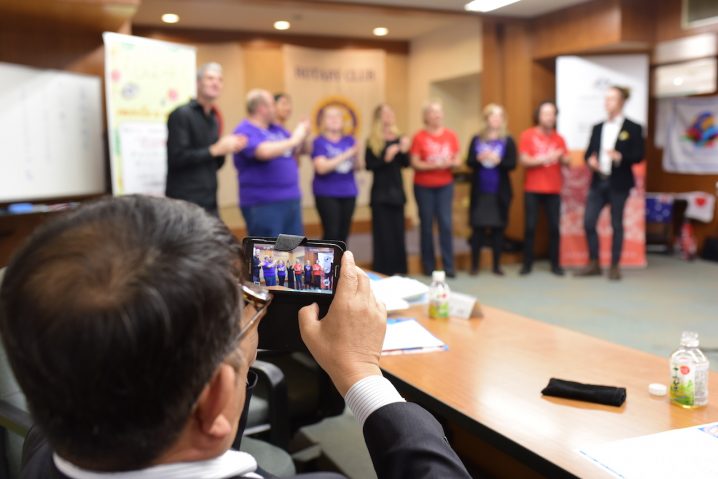 Rotary Club performance. One of my favourite photos of the tour. (Photo: David Nielsen)

At this point in the day, after 3 performances, everyone was beginning to feel that they had earned a rest, but Mr Nishimura had other ideas for us and instead took us to the first of two nursing homes owned and operated by his family where we performed yet another show for residents. 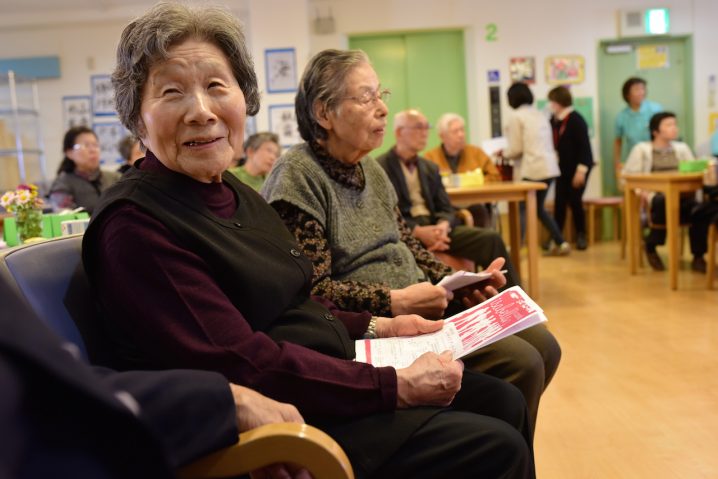 If there is no rest for the wicked then our group must have done something especially bad as we were taken straight from one nursing home to another where we summoned up yet more vocal energy and performed our 5th show of the day. 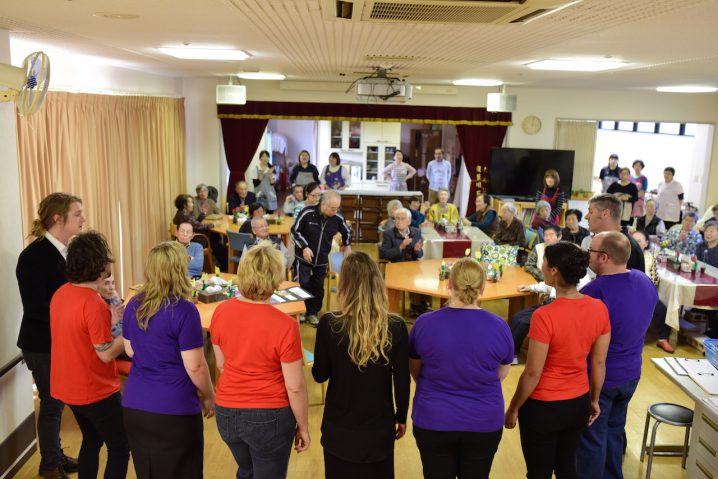 After our 5th show of the day, we went shopping for a couple of hours at a nearby mega mall and then headed to our final performance of the day, a shared concert organised by the Katano City International Association where Isabella a cappella performed their show alongside several other choirs and instrumental ensembles. Though we were all very tired, this was a lovely way to finish a long day of performances with a big finale sing along at the end with the audience and the other musicians. 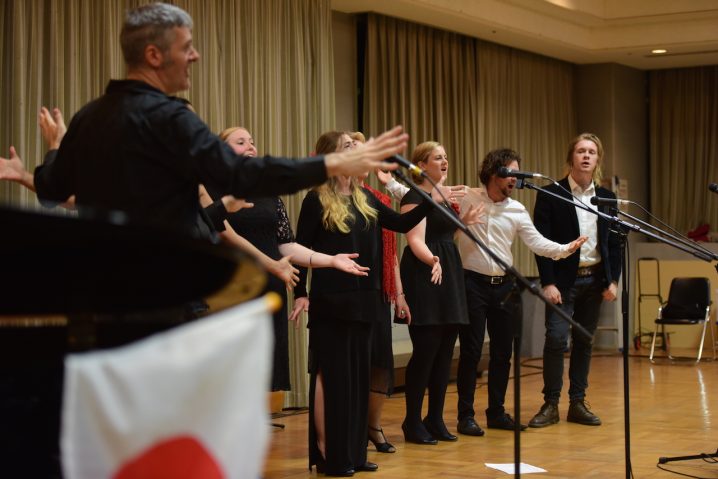 Isabella a cappella doing the final song of their 6th show of the day! (Photo: David Nielsen) 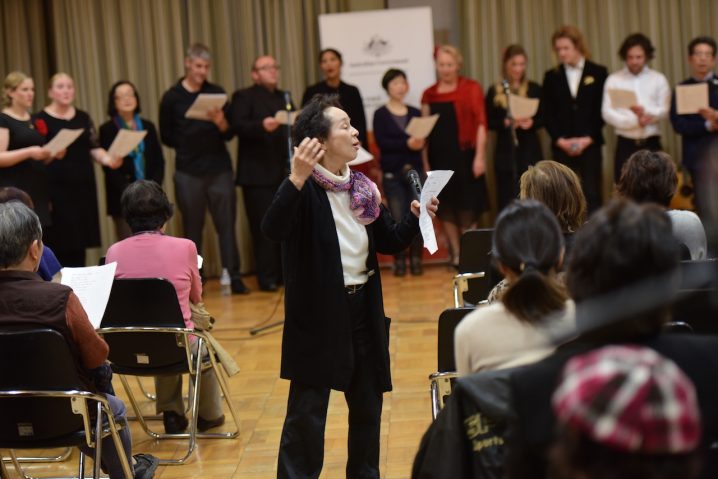 After the show, we met members of the audience, signed CDs and then headed to a local restaurant for dinner. By the time we’d made our way back to Takarazuka via train (over an hour) we were well and truly exhausted and ready for sleep.