Today we visited the grave of  Fr. Tony Glynn. Tony Glynn and his brother Paul contributed enormously to the post-war reconcilliation between Australia and Japan. As the Isabella a cappella choir’s hometown of Lismore was also home to Tony and Paul Glynn, the choir has always strived to communicate the story and the history of the special connection between Lismore and Japan on all of the Isabella a cappella friendship tours. 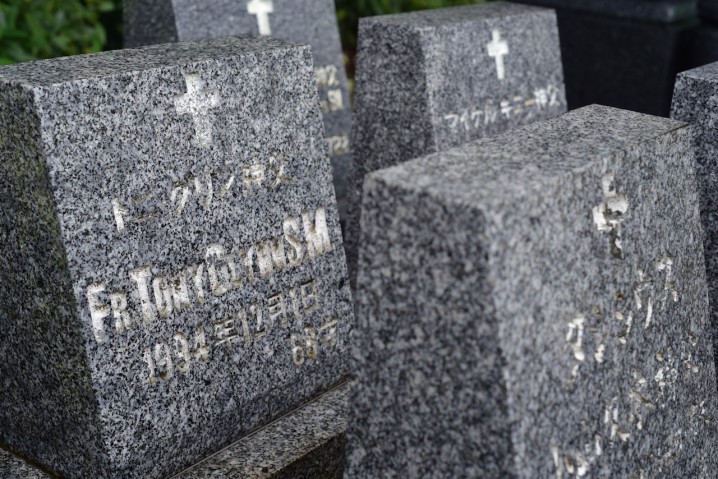 After visiting the grave of Fr Glynn, the choir walked to the nearby Kindergarten established by Tony Glynn and performed for the children and staff there. 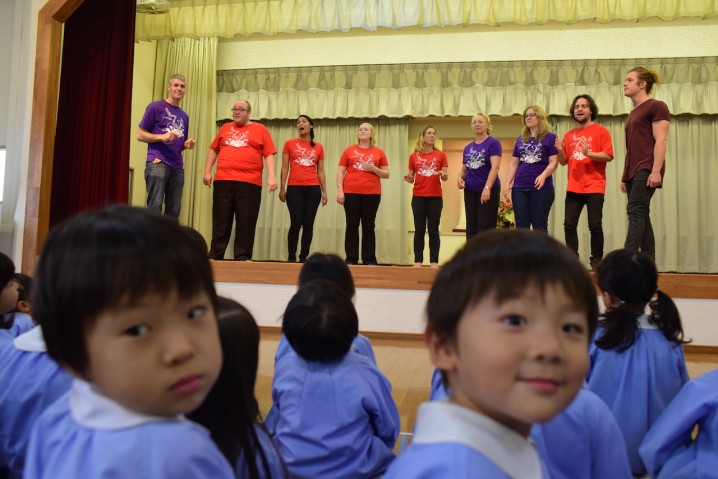 Performing for Kindergarten children in Nara. 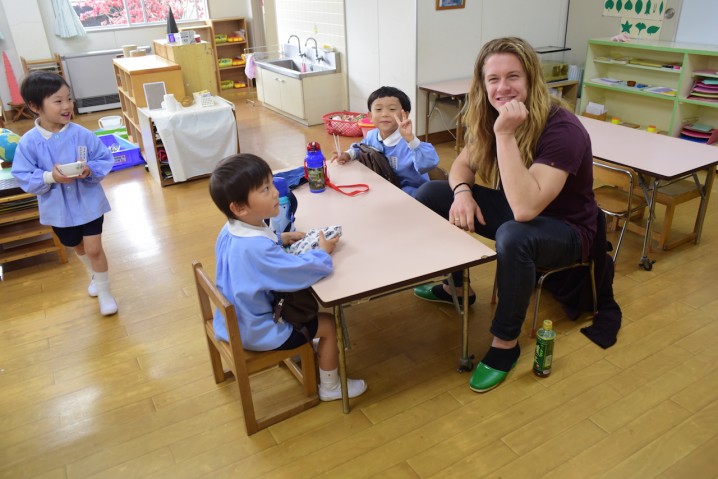 Jake enjoying lunch with the kids at Nara Kindergarten.

After performing at the kindergarten, we shared lunch with the kindergarten kids there and then headed for another school – this time a high school – in Takatori – where we gave another performance for several hundred children in a large gymnasium. One of the interesting things we witnessed while at this school was the Japanese culture where the students clean their own school – rather than employing a janitor, many Japanese schools instead set a time each day where the children equip themselves with buckets, mops and brooms and clean the school themselves. 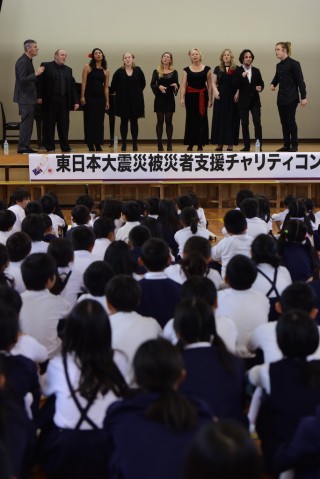