Today we travelled to Lismore’s sister city in Japan – Yamatotakada, Nara. In the morning we performed at a shared concert with the Japanese classical guitarist Masa Makayama. Masa is a very talented performer who always presents a really interesting program of solo guitar music. It was great to share the stage again with Masa and we enjoyed the show (and the enthusiastic audience who came along to see it!) very much.

We sold lots of CDs at this gig (86 – a record for an Isabella gig to date!) and got to experience a tiny taste of the rock star lifestyle as fans demanded photos and signing of autographs. 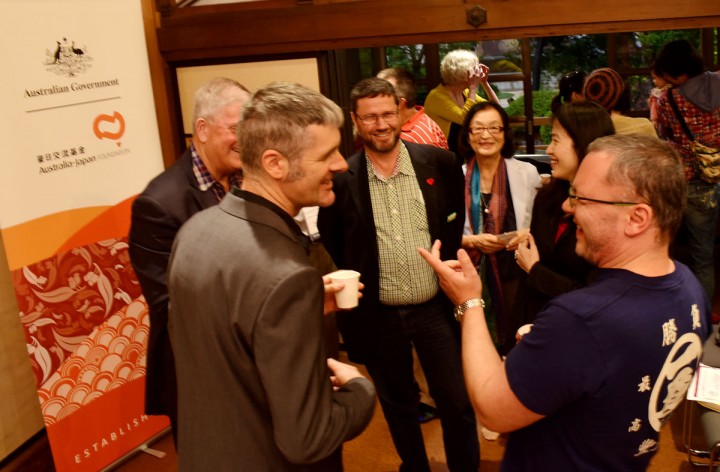