Today we took the Shinkansen from Osaka to Tokyo. In Tokyo we stayed at a fantastic hotel in Oimachi called New Hankyu Ours Inn. We have stayed here in previous years – it is very convenient and central (as well as being affordable) and is a good alternative to homestay in Tokyo as host families often live so far from the city making it extremely complicated and tiring for members and hosts to get to and from performances.

Tonight we had just one performance at Iron Chef Hiroyuki Sakai’s Tokyo restaurant La Rochelle. We have been fortunate to perform at Chef Sakai’s restaurants on many tours, including a residency in 2006 as well as performances in 2009, 2011 and 2013. Following the performance several of us headed out to Shibuya crossing in Tokyo to check out the amazing nightlife.

Dave captures a photo of choir members looking angry on the Tokyo subway. 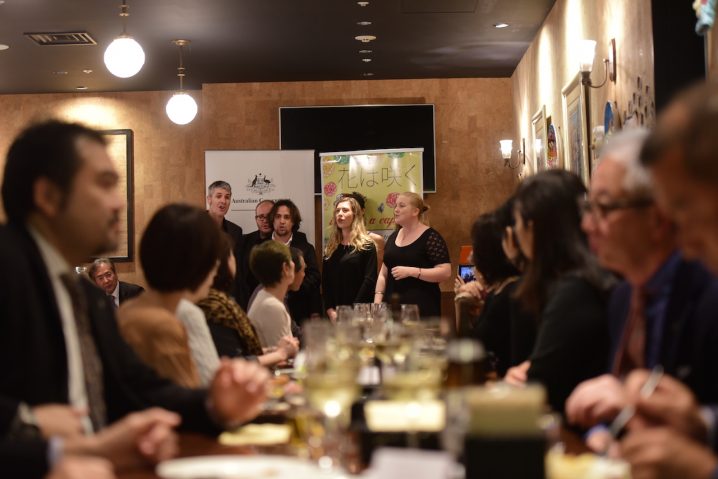 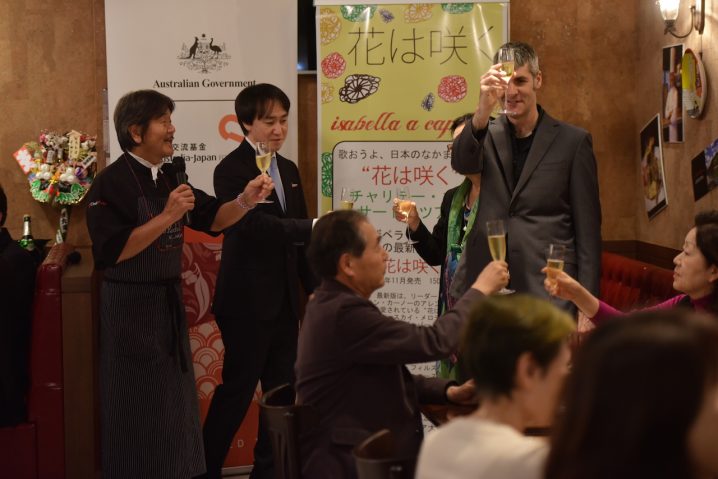