Today was a huge day for the group. We got up early and travelled by taxi to the studios of the Hiroshima Telecasting Corporation for a screen test and soundcheck prior to a live broadcast of the group singing Christmas carols. Thanks to the support of the (recently retired) chairperson of the TV studio, the group has performed on the morning show on every tour to Japan. It is a great experience for the group – especially for those who haven’t had the opportunity to perform on TV before. 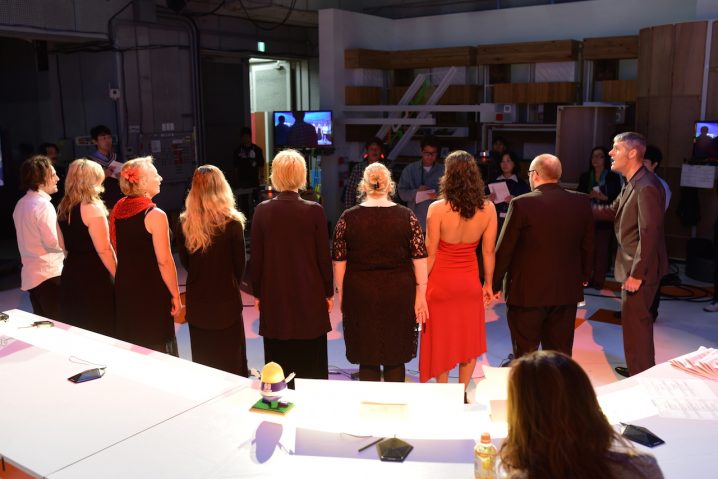 “Behind the scenes” at Hiroshima Morning Show performance. 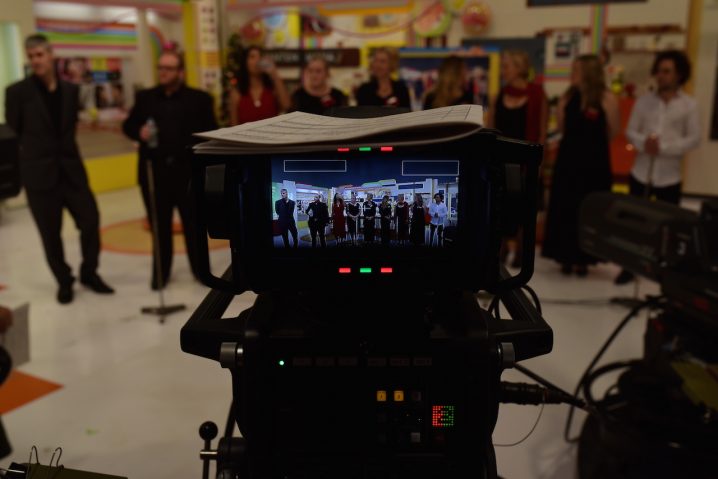 Following our successful TV broadcast performance, we were invited to lunch at Mr and Mrs Shimada’s beautiful house overlooking the sea. Mr & Mrs Shimada have been so helpful to us in all of the tours and we have enjoyed many amazing meals at their home. Today was no exception with a huge selection of lovely Japanese food prepared by Mrs Shimada (and several helpers – as it was a meal for 20 or so!) 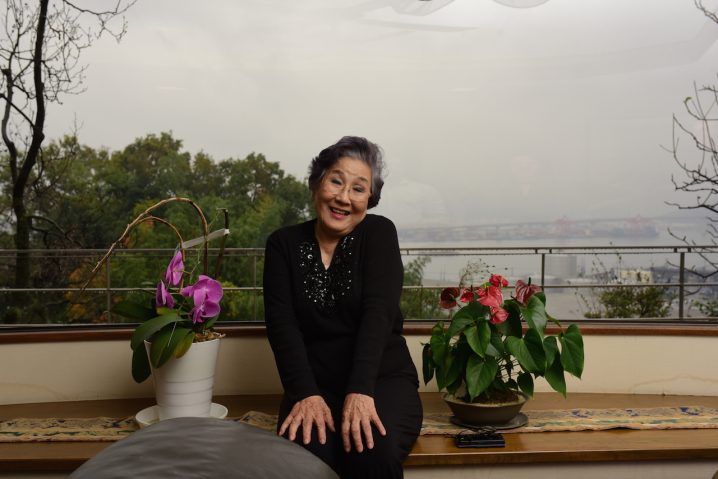 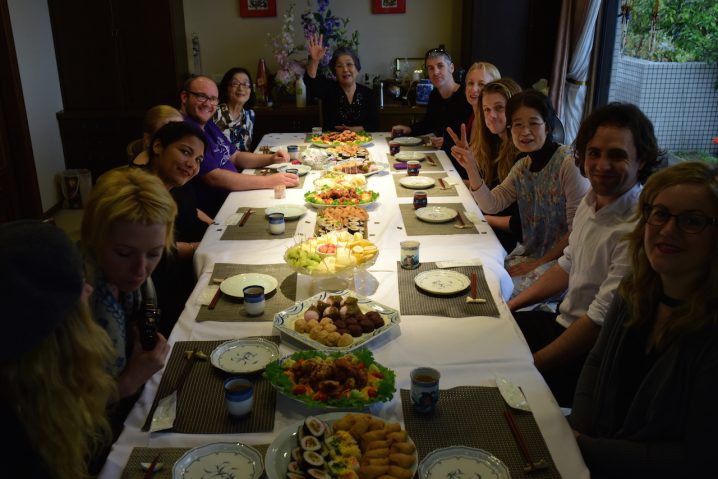 In the evening, we had two performances organised. The first was a “Christmas lighting” event similar to Miyazaki. Unfortunately, the weather was a bit ordinary, but in spite of the rain there were still lots of people who came out to hear us and other local performers. 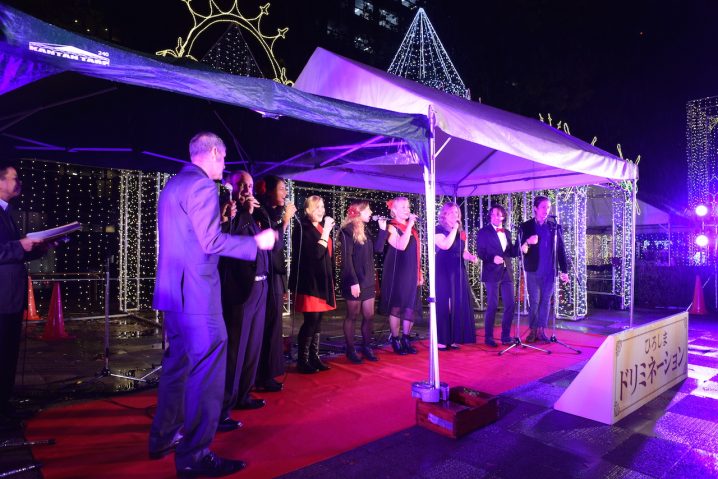 After singing a couple of songs outdoors in the rain, we then performed at a great Hiroshima jazz club that is operated by a jazz music school in Hiroshima. Many of our friends and supporters from Hiroshima came to this event and we had heaps of fun as it is a really atmospheric venue with great sound and a great piano. 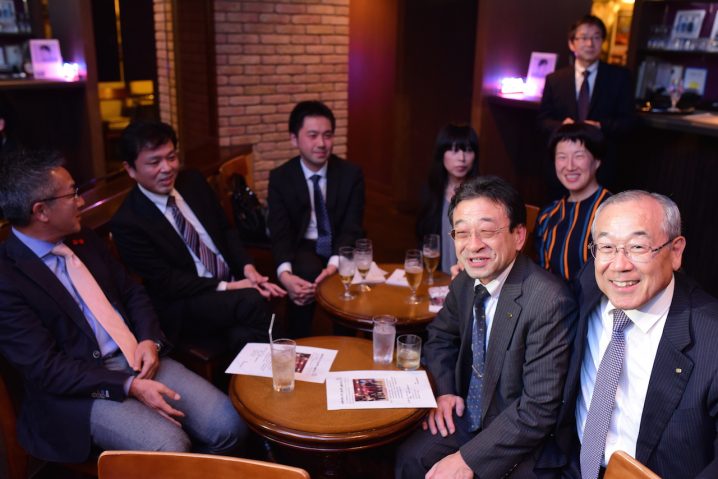 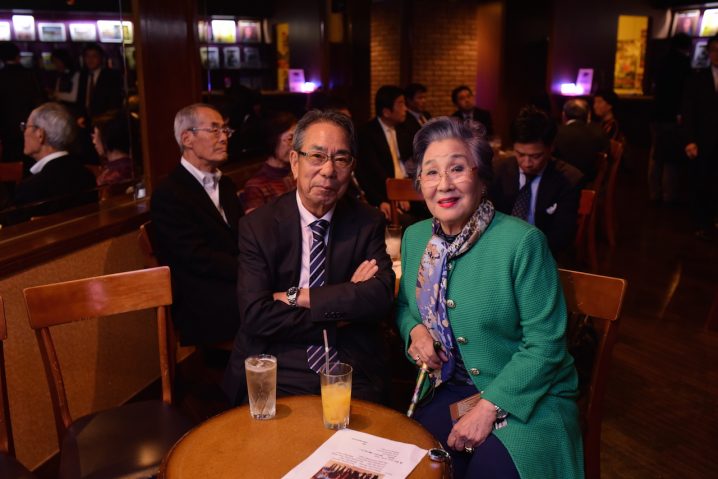 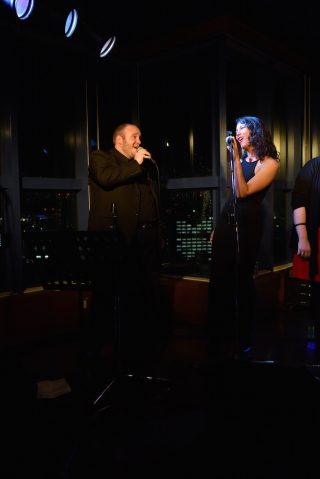 Jesse and Darya singing “You Send Me” at Hiroshima jazz club. 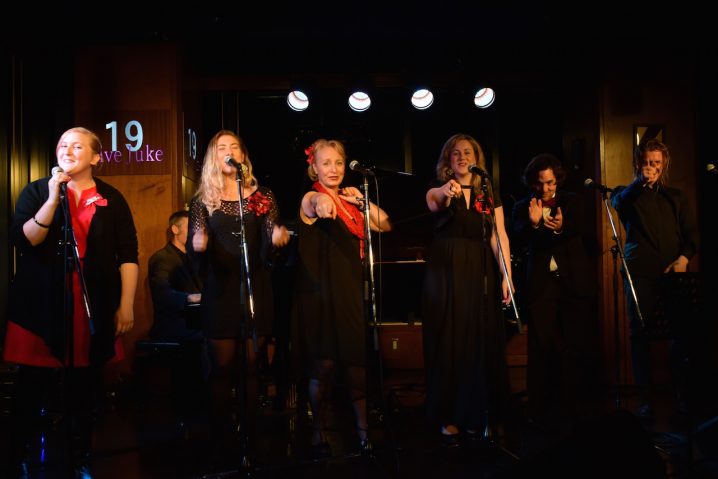 Following the jazz club performance, Mr Nagano took us out to one of his favourite local restaurants for an amazing meal. As  today (and the following day) were the birthdays of our photographer David Nielsen and of our beatboxer Jake Kemp we headed out after dinner for a taste of the Hiroshima nightlife. It was a very late evening (I think most people got home somewhere between 3 and 5 am) but a great end to a great day! 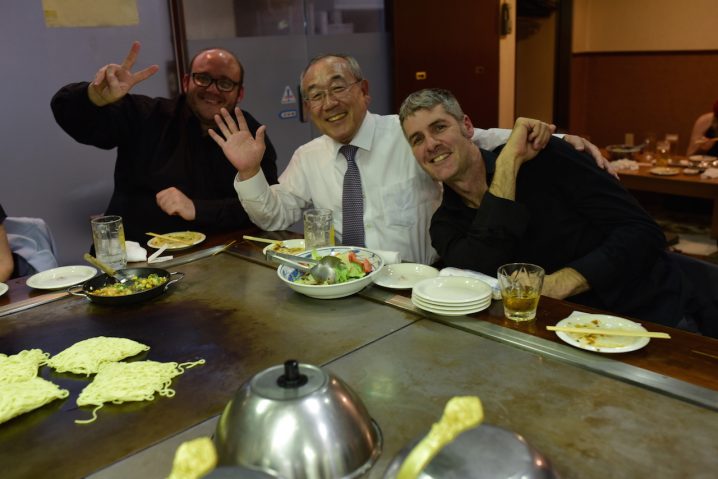