On Monday our Fukuoka hosts dropped us at the train station and we travelled by Shinkansen to Hiroshima where we were met by our hosts from Hiroshima Prefectural University.

Our first stop in Hiroshima was the Peace Park – a memorial to the terrible events of August 6th, 1945 when an atomic bomb was dropped on the city of Hiroshima and caused terrible devastation and loss of life. The group has visited the peace park and the war museum on each tour of Japan and it is always a sobering experience to reflect that the terrible dangers of nuclear weapons are still a just as real and present a threat to the world today as they were in 1945. 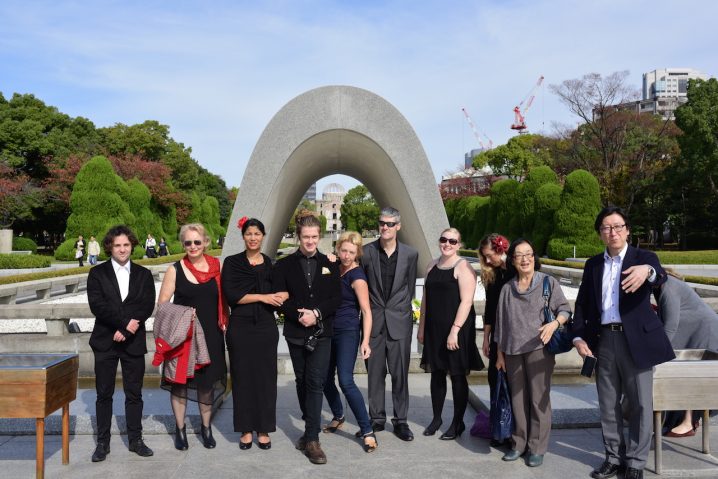 Group at the Hiroshima Peace Park.

Following the visit to the peace park, the group performed for students at the Hiroshima Prefectural University (here is a link to the page advertising our performance!) This was a nice concert for an appreciative audience who were very interested in buying lots of our CDs (unusual at universities – generally the student budget doesn’t stretch to Isabella CDs!) 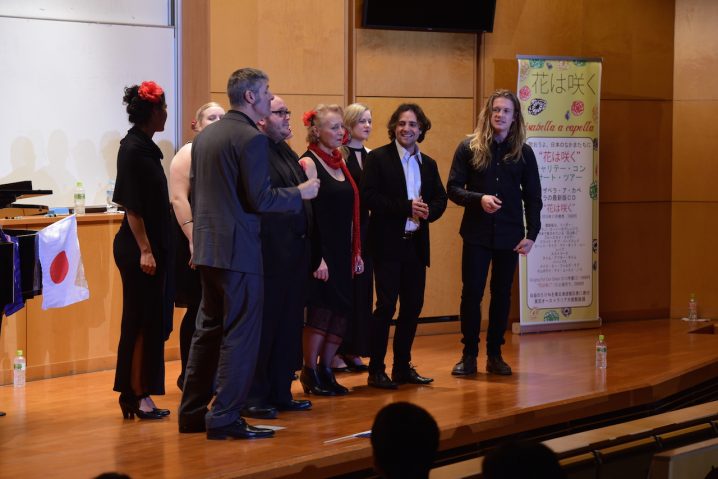 Performance at the Hiroshima Prefectural University. 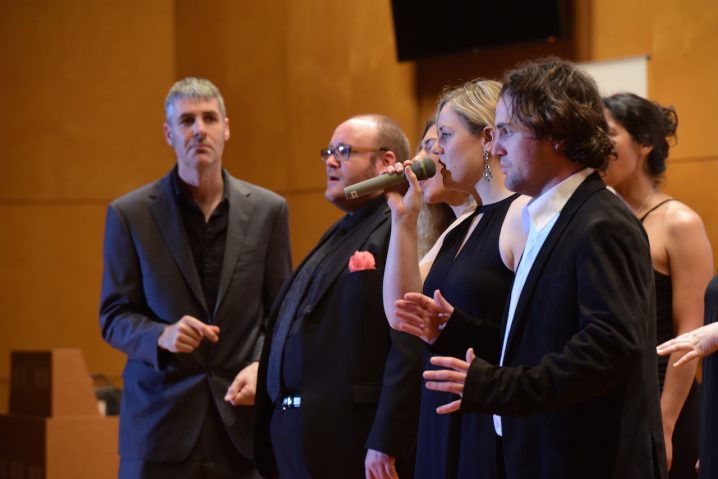 Miranda singing “Ain’t No Sunshine” at the Hiroshima Prefectural University.

After the Hiroshima university performance we had some time to relax and unwind at the hotel prior to heading out for a tourist experience followed  by a soundcheck and evening performance. Longterm Isabella a cappella supporters, Mr and Mrs Shimada have always looked after the group in Hiroshima – hosting dinners, organising events and providing accommodation on all of our tours. Mr Shimada works for Mazda, the global car manufacturing powerhouse that is based in Hiroshima which  made a huge contribution to Hiroshima’s postwar economic recovery following the catastrophic events of August 1945. Mr Shimada kindly organised for the group to tour the Mazda factory prior to the evening’s performance at an annual Mazda Christmas party event. 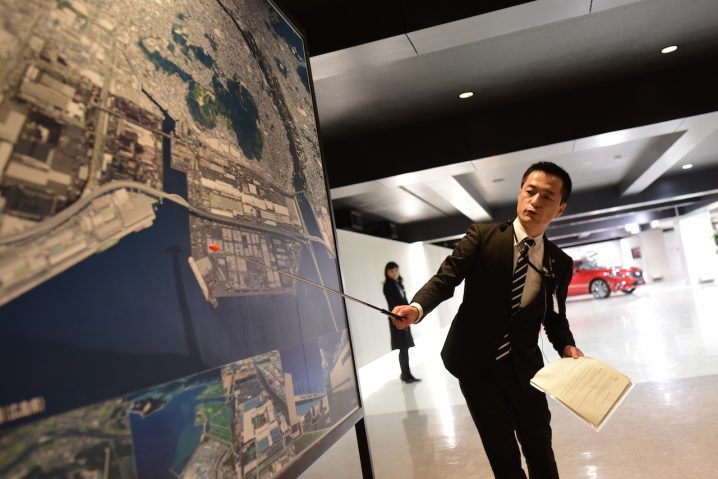 Tour of the Mazda factory. 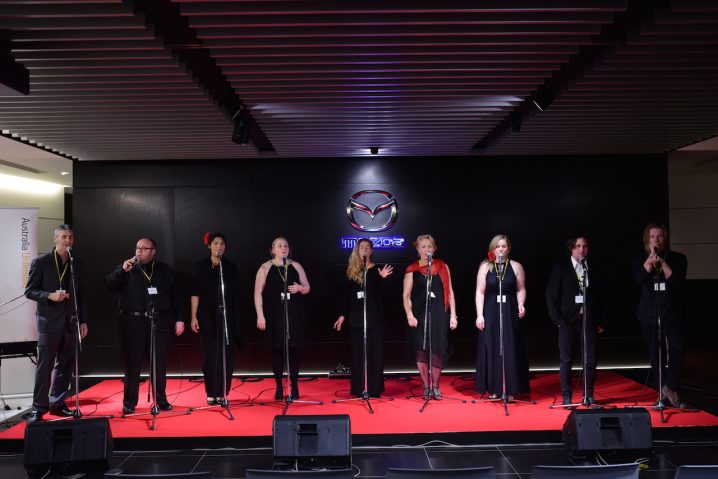 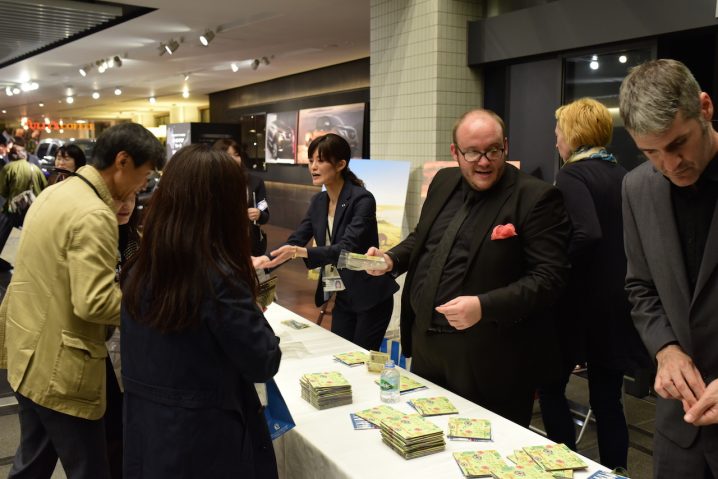