Today we said goodbye to our hosts in Miyazaki and travelled back to Fukuoka for a shared performance organised by Miyoko Yamazaki, a long time supporter of the group in Japan and a wonderful musician and conductor. Miyoko helped organise concerts for Isabella a cappella in 2013, in 2011 and also in previous tours. We performed at the wonderful Ogori Hall alongside many other great musicians, many of who were part of ensembles organised and conducted my Miyoko Yamasaki.

I (Dylan) have made a few friends in Fukuoka, having visited several times and it was nice on this particular trip to be able to stay with a family I first met on the 2013 tour and who came and stayed with us in Australia in 2014. One of the family, the talented young cellist performed alongside Jesse and I as part of the Ogori Hall concert. 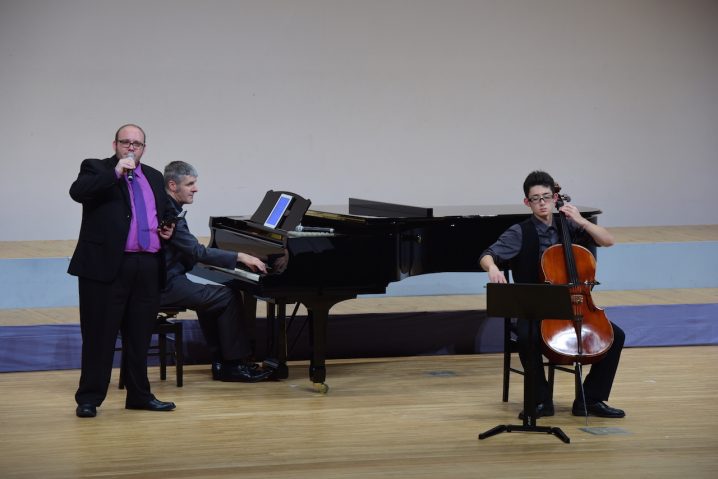 Dylan and Jesse performing with Kohei Miyata in Fukuoka.

Seeing local performers is an interesting part of the many shared concerts that we are involved in as part of the friendship tours. I am often very impressed with the level of effort that Japanese groups put into choreography and presentation, especially those ensembles that Miyoko Yamasaki is involved in. There were some very strong performances from local groups at this concert and a big finale singalong at the end of the concert.

Accommodation in Fukuoka was by homestay and given that the concert was a Sunday afternoon event, group members got to spend a relaxing evening with their host families. 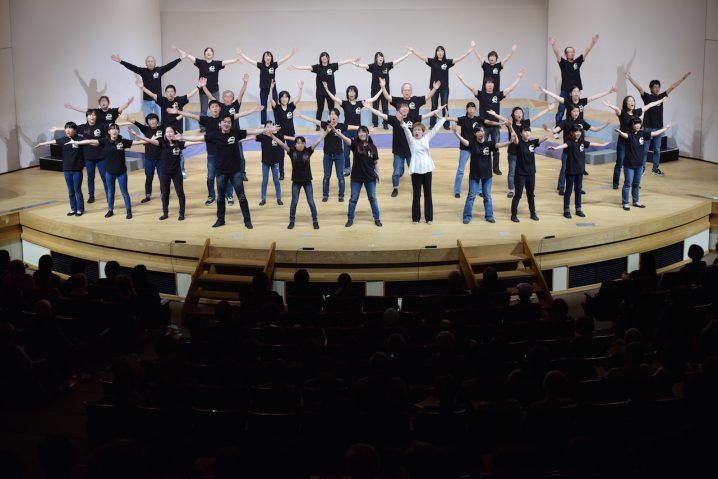 Amazing music and dance performance led by Miyoko Yamasaki, one of our wonderful supporters from Fukuoka. 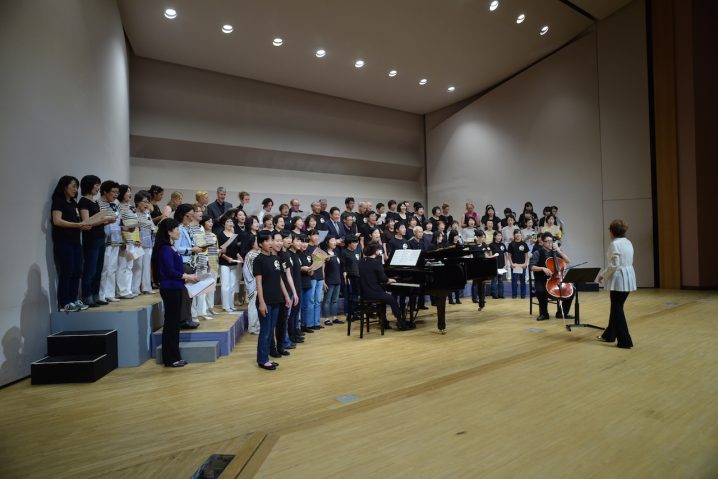 Group singalong at the end of the Fukuoka concert. 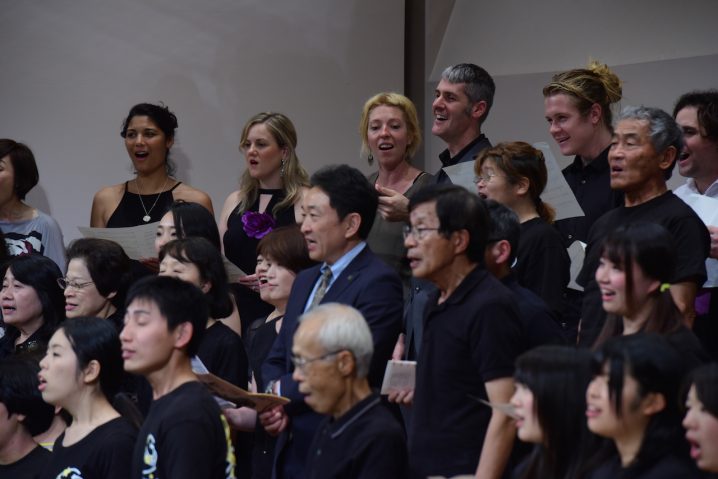 Group singalong – Isabella people at the back are trying hard to keep up! 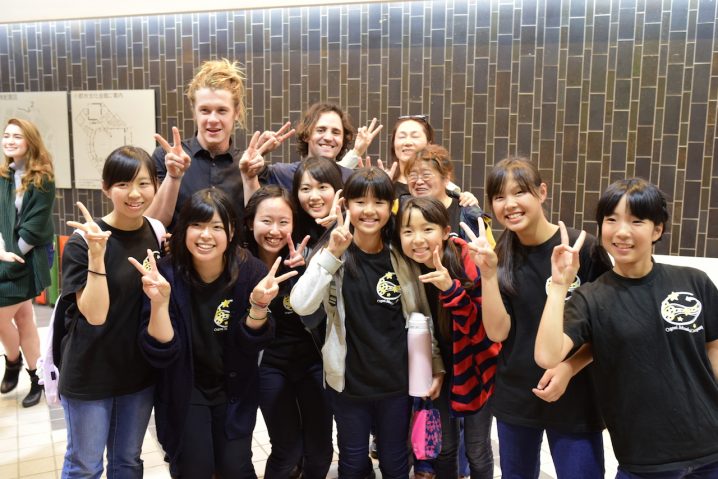 Group photo after the Fukuoka concert. 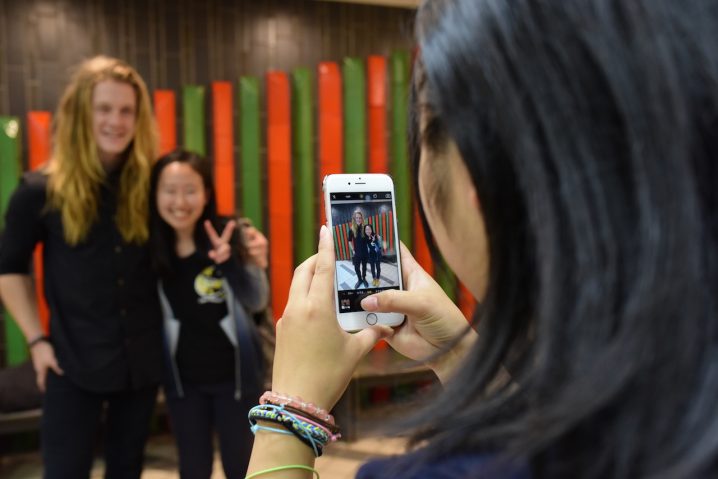 Jake posing for a photo with a fan after the Fukuoka concert.