Today we took the bullet train (Shinkansen) from Shinagawa to Nagoya then onwards to Minoota station in Minokamo, Gifu. Isabella a cappella has been visiting Minokamo since 2003 so it was a nice place to begin the 2015 tour. During the 2013 tour, Gifu was the place where half the choir finally succumbed to the winter flu (including trips to hospital for 2 members!) so it was lovely to be here in autumn with the choir in good health.

We were collected from Mino-ota station by our Japanese hosts and driven to the local community centre that was the venue for the first gig of the tour. The show was a shared performance between Isabella a cappella and a Czech keyboard synth player who is now based in Japan.

The turn out was better than we had hoped for and our new CD “Hana Wa Saku” proved very popular with the audience. It was a multi-cultural evening with a synth player from the Czech republic, an Australian choir and the local Japanese people in addition to a couple from Brazil who praised Darya on her pronunciation of the Portuguese lyrics of Mas Que Nada.

Accommodation in Minokamo was by home stay which is a great part of the Isabella a cappella Japan tours. Staying with local Japanese families gives the choir the opportunity to get a sense of everyday life in Japan and is an experience that is very much enjoyed by the members of the choir. 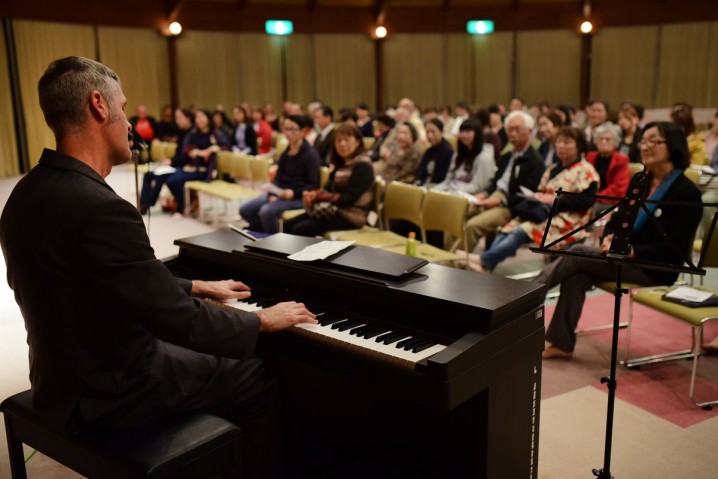 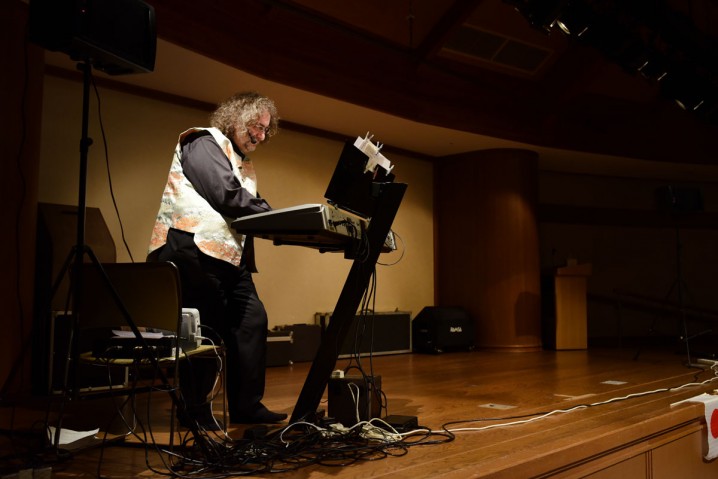 Czech synth player performing alongside Isabella a cappella in Gifu