Today was a quiet day but it started with some difficulty as rousing the entire group from their hotel rooms in time to get the taxis and meet our train proved rather challenging after the birthday celebrations of the previous evening. Someone refused to get up, somebody else lost their room key, someone else had to be woken and dragged to the cab. When we got to the train station it was unbelievably crowded and finding our train without getting lost proved extremely difficult. I was very surprised (and relieved) when the whole group eventually made it on to the train.

There was only one performance today, at Kansai Gaidai University is Osaka. We have performed at Kansai Gaidai for most of the Isabella a cappella tours, including those in 2009, 2011 and 2013. We performed alongside a local group from the university after which we returned to accommodation in Takarazuka and our last day in the south of Japan. 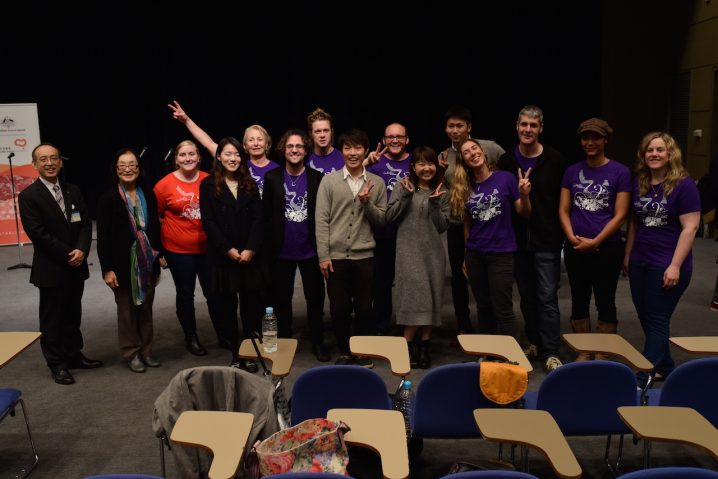