On Friday we were exclusively children’s entertainers, with two kindergarten concerts.

The first, in the morning was at a nearby nursery school in Hiroshima where we performed for a couple of hundred children in a big hall. The kids had been waiting for us to arrive for about 20 minutes before we even started, so they were quite rowdy to begin with, but once Jesse started his clown routine they completely lost it. It probably took the poor parents till the end of the weekend to calm them down again. The director of the centre (who we’d had dinner with the night before) was very appreciative of our performance and gave us a small tour of the centre following lunch. 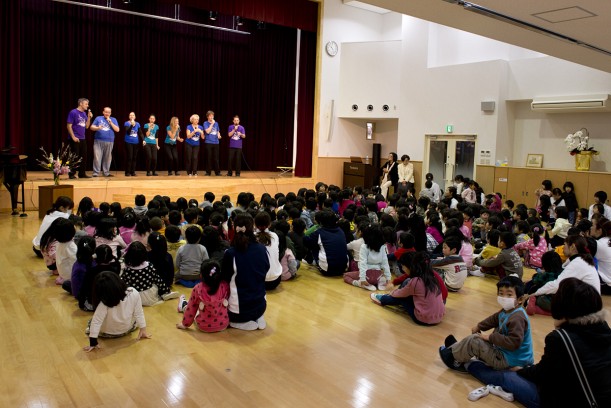 From Hiroshima, we took the shinkansen to Fukuoka where we were met by the staff of Shiawase no hoshi kindergarten. Such a lovely concert. The kids put on a show for us with costumes, singing and dancing that is as good as anything I have ever seen by 5 and 6 year olds. Director Masashi Inoue and his wife are so supportive of the group and of music that it is always a pleasure to visit Fukuoka. 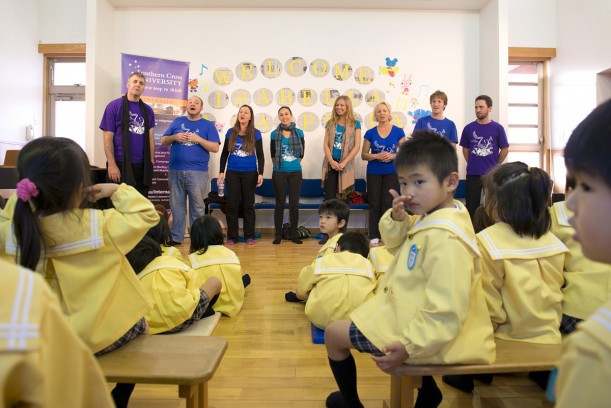