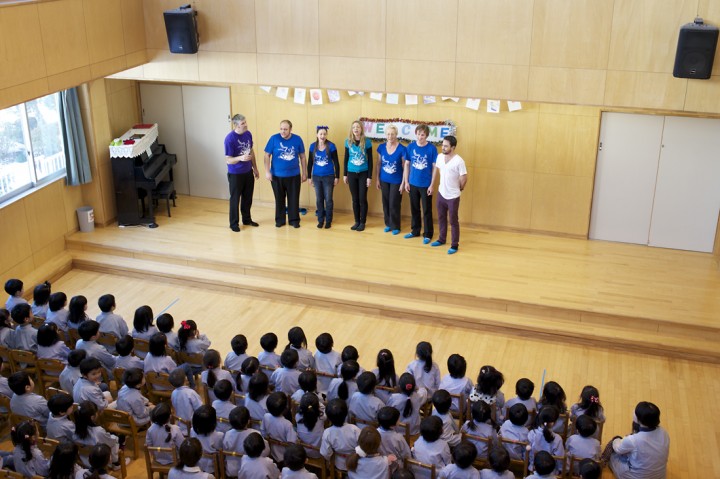 Today we travelled by Shinkansen to Sendai, one of the coastal areas in Japan hit particularly hard by the tsunami generated by the Great East Japan Earthquake in 2011. The area between Sendai airport and the coast was completely destroyed by the 10 metre tsunami. 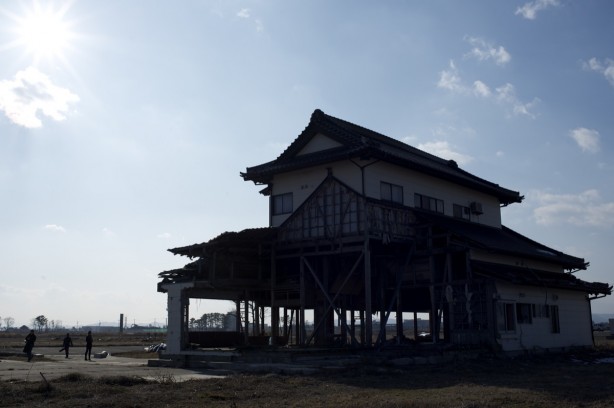 Many of the horrifying images of the destruction seen around the world were filmed at Sendai and the completely bare strip of land between the coast and the airport brought home to everybody just how appalling the tsunami was when it struck. The airport is situated over 2 km from the coast and yet planes were left floating on the runway and people at the airport had to take refuge in the highest parts of the building to avoid being washed away. Everything between the airport and the coast was the subject of immeasurable damage.

There is no doubt that the mid winter conditions added to the sense of bleakness as the choir walked from the airport and explored the surrounding area on foot. Later, the group took taxis to several significant locations nearby including a school in a low lying area where people managed to survive by climbing to the roof. 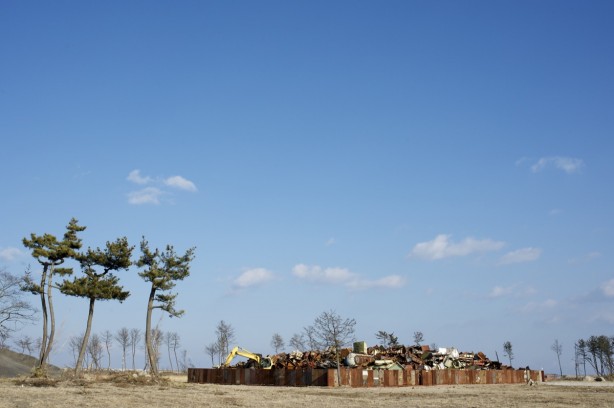 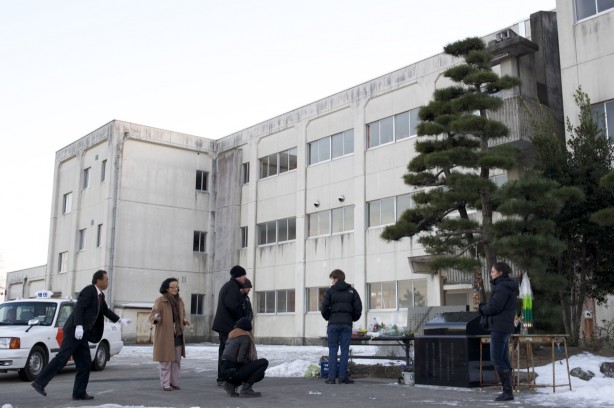 Local Sendai school where people survived the tsunami by climbing to the roof.      (Photo – Brenden Allen)

Following the Sendai visit, the group then travelled to Fukushima, the town that became famous in 2011 when the Daiichi nuclear power plant went into meltdown after a 13m wave overwhelmed the protecting seawall and the emergency power generators failed.

Despite some initial concerns about the safety of visiting Fukushima in 2013, all of the members of the group elected to be part of the final day’s performances in Fukushima. During our visit it was interesting to note that almost everyone we encountered had a geiger counter. Contrary to the many alarmist reports I had read online that claim the true extent of the radiation danger in Fukushima has been downplayed and even covered up by  Japanese authorities, it was reassuring to note that the locals, who are highly skeptical of their government, are monitoring the situation closely.