Today we were booked to perform at two nursing homes in Tokyo. The group’s health was improving and probably past the infectious stage, but it was decided by the management of the retirement homes that there was too much risk of giving the elderly residents more than just the gift of music (in the middle of winter!) so these concerts unfortunately had to be cancelled and instead we had another day to explore Tokyo or relax prior to our evening concert at the Australian Embassy in Tokyo. 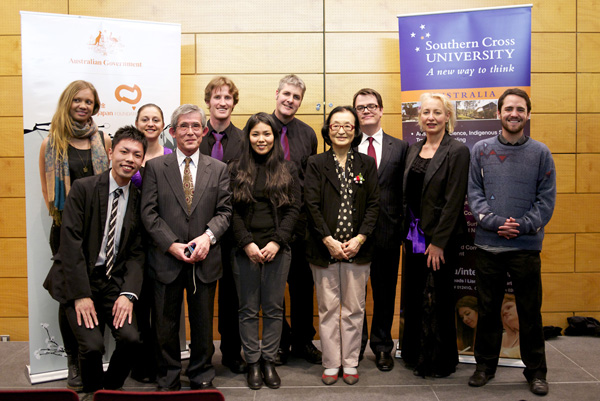 As my family (Dylan’s) had arrived in Tokyo, I took my kids to Legoland via a rather circuitous route that involved more trains than it actually should have. My six year old daughter was quite critical of this, especially as she had to ride on extra green coloured trains which she informed me were the most boring trains in Tokyo. Luckily I don’t mind the green train (Yamanote line) so wasn’t too fussed catching it to meet the rest of the group back at the Ours Inn Hankyu Hotel in Oimachi.

We headed by train to Azabujuban station which is a short walking distance to the Australian Embassy. Isabella a cappella has been very fortunate to be able to perform several times at the Australian Embassy, often with the Ambassador in attendance. Tonight’s show was a charity concert for the tsunami damaged town of Minami Sanriku and raised approximately $900 AUD for programs at the newly built Life Long Learning Centre donated by the Australia and New Zealand Bank and the visit program to Australia by junior high school students of Minami Sanriku. The Japanese manager of the Australia Japan Foundation Mrs Michiyo Horita kindly organised all the logistics at the venue. We are also very grateful for the invaluable support of Mr Ohmori and JANZ member Mr Takahashi for making the concert possible.

Sadly Amy was still not able to perform, but everyone else was recovering well and the show was very successful. Many of our supporters from previous Isabella tours attended the concert and it was good to see some familiar faces from Tokyo. 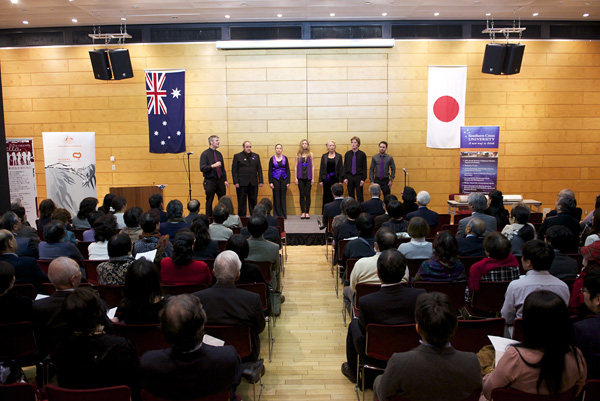 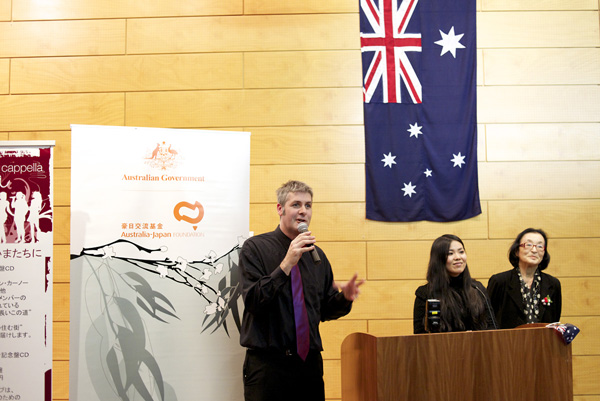