Minokamo is the sister city of Dubbo, NSW and Isabella a cappella has performed here several times previously.

There was snow on the ground when we arrived (great news for the sick people!) We were picked up at the station by our homestay hosts and driven straight to an early gig in the “culture forest“, a museum and cultural centre located quite close to Minooata station in Minokamo. 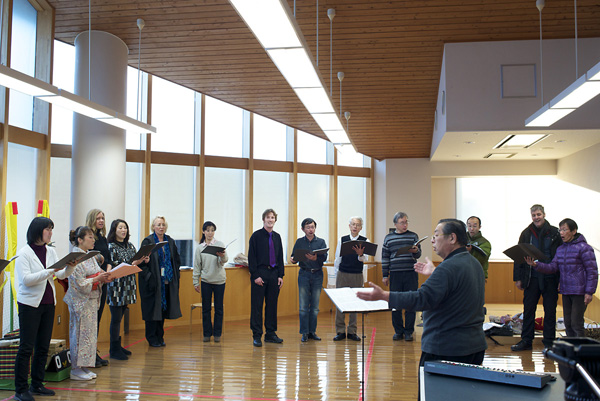 Tonight’s performance was the most difficult of the tour as we simply didn’t have enough people in full voice to carry the show. Jesse was still out, Amy was getting worse and a couple of the other singers were really struggling with coughs and general loss of range (and tone / tuning!). Fortunately, there were two other choirs performing – a 12 voice choir and a female vocal trio. 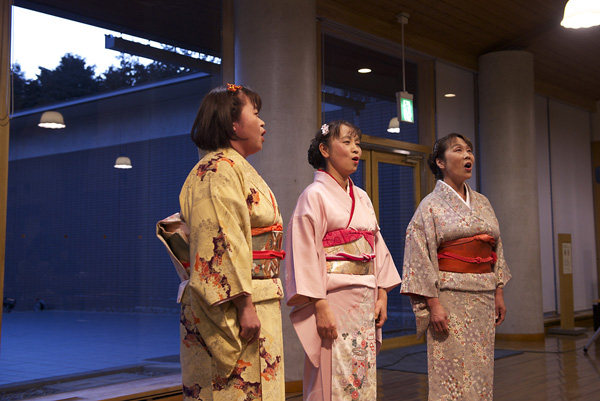 Both groups were very good and had plenty of repertoire to contribute, so we thankfully didn’t need a lot of material to make up our part of the show. Again we relied on a few extra solos to carry the weight of our set. There was a dodgy improvised version of Dylan singing a lead that was *way* too high and freaked the group into changing the structure of the song “Is You Is, or Is You Ain’t My Baby” spontaneously in a way that they had never done before. We still seem to have charmed the audience as they bought quite a few CDs after the show (and wanted them signed..)

Accomodation in Gifu was by homestay and was the final homestay of the 2013 tour. My (Dylan’s) homestay was the same family I had stayed with twice previously and who also stayed with my family in the Northern Rivers when they visited Australia last year. I was very fortunate to have a lovely, relaxing evening after one of the more difficult gigs of the tour.