Today was (the actual) Australia Day and time to farewell (and clean up!) the Takarazuka apartment/s that had been generously provided to us by supporters in Takarazuka for 6 nights accomodation during the tour. Somehow, processing the previous nights festivities as well as cleaning, packing and the onsending of shopping purchases to our final destination in Tokyo seemed to take up the best part of the day and it was suddenly mid afternoon and we were heading back to Katano for a shared performance with another chorus group organised by the Katano City International Association. 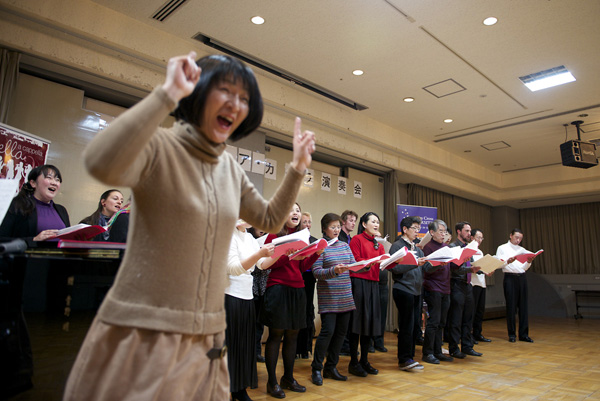 By this stage in the tour, several people’s immune systems were struggling with the cold climate and this gig marked the start of several difficult performances as Jesse, one of our tenors who features quite significantly in the show, got very sick and feverish with the flu and was unable to perform. 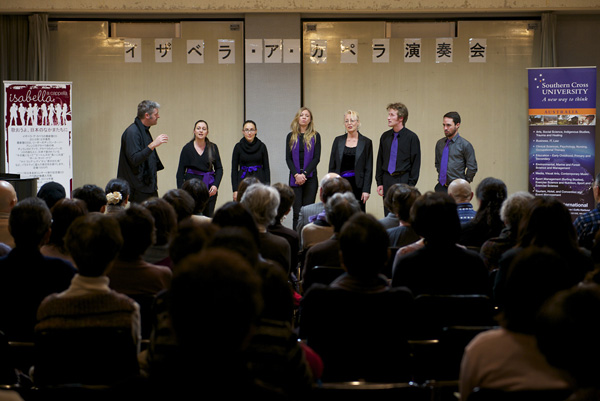 Isabella sans Jesse, and then there were 7. (Photo – Brenden Allen)

From this point in the tour onwards, sickness meant we were unable to do any further shows with all members present, which presented significant technical problems as well as  limiting the number of songs we could sing. To add to this, not all the remaining singers were in full voice – Jesse returned a few days later as Amy bowed out with a terrible case of the same flu, while others managed to fight off the worst of the sickness but not the symptoms (losing half your voice!) Luckily a few people remained hale and we were able to juggle material and add a few extra piano / vocal solos (which are always a small part of our show) to fill out the set. We tried to enjoy the challenge of how to make it work in spite of the difficulties rather than worrying too much about it, but were definitely reminded of how dependent singers are on their health and how important every member of the ensemble is in a cappella. 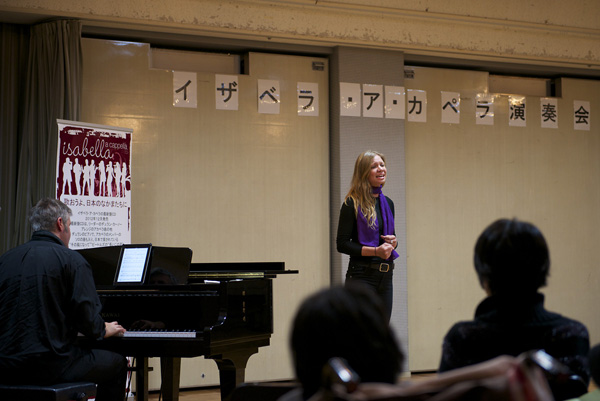 Fortunately, Sarah has the constitution of an ox. Performing solo with Dylan accompanying on piano. (Photo – Brenden Allen)

Despite being a bit anxious as to how the show might be received, the response from the audience was overwhelmingly positive in Katano and the group sing at the end was great fun.