Today was a free day with a concert in the evening. As the show was in Hiroshima, about 2 hours by train from our accomodation in Takarazuka, some people decided to go to Hiroshima early for sightseeing and others chose to rest and relax and headed in to Hiroshima in the afternoon just prior to the soundcheck for the gig. 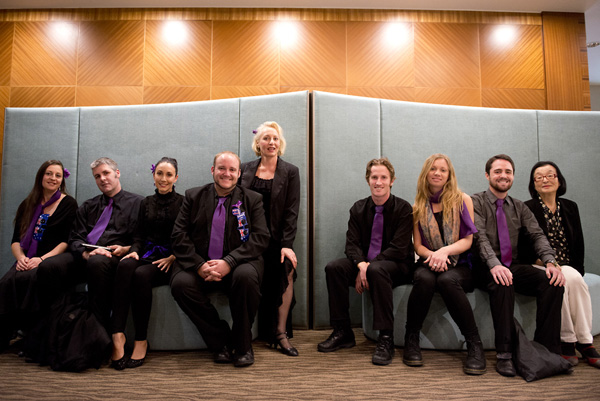 Brenden, Sarah and Dylan headed in very early (we caught the 7 am to Shin-Osaka and made it to Hiroshima by 9:30 in the morning). Jesse and Amy headed in about an hour later intending to go to a car show that was unfortunately not on that particular day, so they instead caught a ferry out to visit the beautiful Miyajima island. Jesse was especially pleased to visit the island as this has been on his wishlist since 2009.

The performance in Hiroshima was an Australia Day celebration (a little ahead of its time, given that it was the 25th of January). Many of our long term Japanese supporters from Hiroshima including Mr & Mrs Shimada and Mr Nagano (from Shin Hiroshima TV) were there as well as many Australians, including some of the Tokyo embassy staff and an interesting man I have met a couple of times in Hiroshima previously whose family was featured in a Japanese TV program about foreigners living in Japan called “Forsyth big family”

There is always a bit of pressure to pull out all the stops in a performance when all of our friends and supporters from a particular place are gathered together at the one time and expectations are high. Thankfully Isabella is a group that rises to the occasion and I was very happy with our final show in Hiroshima. 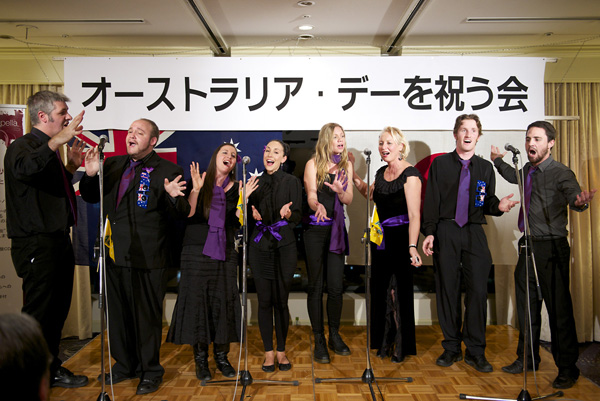 Pulling out all the stops to bring the spirit of Australia Day to the ANA hotel, Hiroshima. (Photo – Brenden Allen) 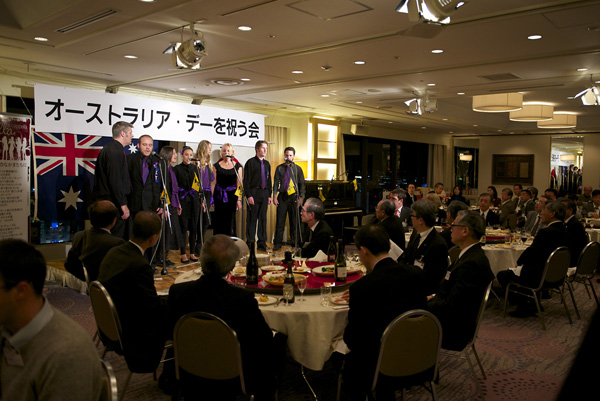 Following the performance there was a bit of an impromptu Australia Day party back at Takarazuka. Good fun with the whole group (not just the smaller party contingent)