Today we had an even longer day on the train. Being pretty much as far south as it is possible to go in Japan, we had to travel the entire length of Kyushu (round 295 km) and then track Northeast to Okayama (another 440 km or so), after which it was a mere 130 km to our destination across a phenomenally long bridge linking Honshu and Skikoku Island (the Akashi Kaikyō Bridge is in fact the longest suspension bridge in the world, measured by the size of the central span). We finally wound up in the city of Niihama, about 8 hours after leaving Miyazaki. 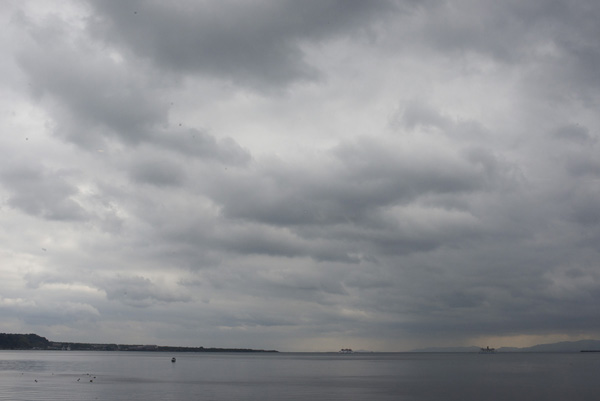 View of sea from first train of the day – Miyazai to Kagoshima. (Photo – Brenden Allen)

Niihama is a port city Isabella a cappella has visited 3 times now. It was built around the very prosperous Besshi Copper Mine which is also credited with jump-starting the Sumitomo corporation (still a very powerful corporation today.) Mining at Besshi commenced in in 1691 and this site was mined continuously till 1973. For a significant period of time, the mine contributed a large proportion of Japan’s total income and therefore contributed enormously to the modernisation of Japan. The city of Niihama remains an industrial city with many factories, but is also very beautiful, facing the sea and surrounded by mountains.

Accomodation was by homestay in Niihama and we travelled all day and arrived at night, so nothing much else to report other than warm hospitality and a comfortable bed.