Woke up to a most spectacular setting. Miyazaki Sheraton has been built in a way that every hotel room looks over the ocean and the view over the pine trees, golf coast and sea is  breathtaking. Walked to the sea and saw some local workers conducting a survey on juvenille fish populations. We didn’t envy the guys who were getting into the water. It was SO cold that even with the wetsuits they were wearing it would have been freezing. 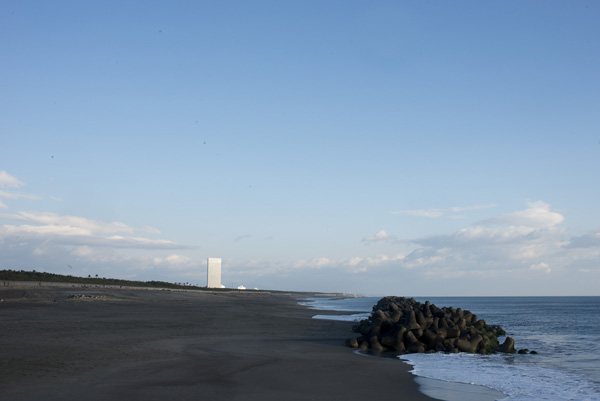 Looking back at the Miyazaki Sheraton hotel in the distance after a long walk. (Photo – Brenden Allen)

Performance was in the hotel chapel – a wedding function room on the 43rd floor of the hotel with remarkable views in every direction. This was a lovely space to sing. Quite bright with a nice strong reverb that would sound terrible with a band but is lovely for a cappella singing. The performance was attended by some staff of the hotel, English language students from a local university and also an English language teacher from Australia who used to sing in Isabella a cappella and was a member of the very first Isabella a cappella tour of Japan. 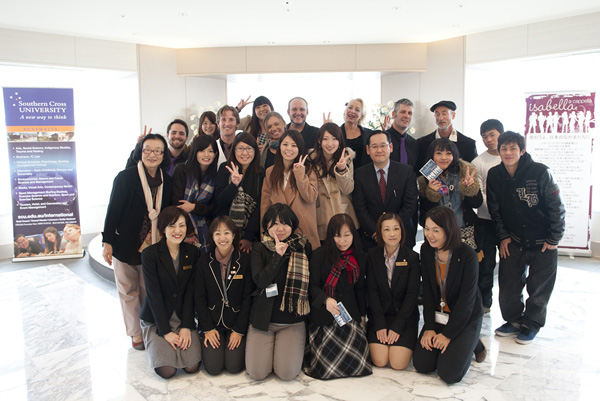 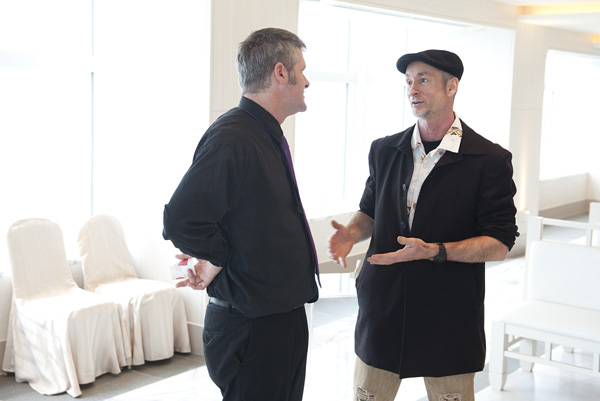 Following the performance the group was free to relax and unwind before dinner, which was a good thing after a few busy days prior and prior to a huge day of train travel to get to the next destination on the tour.